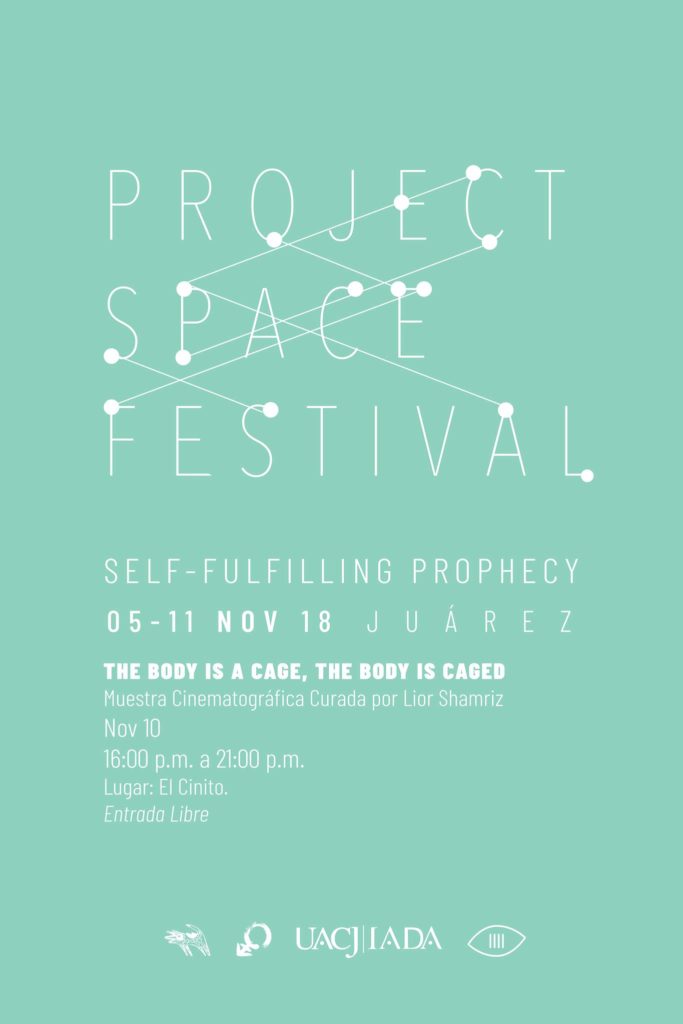 This program in 3 parts is best viewed as a whole — as one long essay with 10 films, broken by two pauses. I curated this program from a personal vantage point, juxtaposing works by different visual artists and filmmakers, including my own work, to explore themes relevant to our current challenges. THE BODY IS A CAGE, THE BODY IS CAGED accompanies bodies that move—and fail to move—through the human grid, from borders to cultural mythologies of gender and class. The body is the “I”-Object, our degraded camera-obscura. Anna Zett investigates how dinosaurs came to play a pivotal role in the mythical imagination of the US, whereas Matthew Lax ironically stages what our zeitgeist dictates to be the new kind of body, the computer-generated one, a byproduct of the global hi-tech industry. Cary Cronenwett laments the death of a soulmate who dreamt of pirates navigating through gender. Jaakko Palasvuo addresses a tourist in Milan, while my characters are immigrants in Berlin with a broken sense of home. Forough Farrokhzad documents people in a leper colony, prevented from transitioning back to society. Heinz Emigholz films Robert Maillart’s beamless arched bridges as Neha Choksi crosses water on a boat of melting ice.                       – (Lior Shamriz)

The animated dinosaurs of Hollywood cinema meet the petrified ghosts of colonial science. Dig sites become crime scenes, and fossils turn into characters, determined to play a main part in the mythical history of the US-American West.

Eleanor, an Israeli experimental musician living in Berlin (“I think that Germany is responsible for 9/11”), discovers what ruins her life.

Androgynous figures struggle to execute various labors within a bleak, vacuous  monoculture. Addressing the inherent violence of the real and the simulated, as  well as the dubious pleasure of witnessing, narratives of safety, risk  and use-value are tested via 3D-rendered, plastic surrogates.

Circuit Training dedicates 12 minutes of screen time to a nameless deity of secular culture, alternating between states of rest and attention. In the boxing ring – a square in fact – monologue is promised to turn into dialogue, despite the vulnerable materiality of the human nervous system.

A requiem by transgender filmmaker Cary Cronenwett to his late friend and collaborator Flo who died at the Haiti earthquake of 2010.

Iceboat is a video of a performance in February 2012. The artist dresses in white, as if a renunciate or a devotee, and sets herself to row a boat of ice until the boat melts and releases her into the waters.

Lost love, lost artistic collaboration, the two are meeting for one night as she briefly visits the city where he still lives.

A 1963 short documentary by poetess Forough Farrokhzad, looking at life and suffering in a leper colony.

In this captivating and informative documentary filmmaker Heinz Emigholz continues his exploration of architecture as autobiography by examining the work of legendary bridge-builder Robert Maillart, who revolutionized concrete based construction.